New Breweries and Beers Land in the Aloha State


For over 80 years, the Odom Corporation has been a beverage distributor and wholesaler for Alaska, Oregon, Washington, Idaho, and Hawaii. In the Aloha State, they are expanding their beer portfolio and bringing breweries

never before offered. Officially hitting store shelves and bar taps on August 1, 2019, some can be sampled at places as of this writing. The new portfolio of breweries includes: Alaskan Brewing Company, Bale Breaker Brewing Company, Big Sky Brewing Co., Black Raven, Everybody's Brewing, Mac & Jack's Brewing Company, Ninkasi, Reuben's Brews, Vailima, and the most famous of the bunch, Founders Brewing, which is marking the 50th state as their 50th state for distribution. In addition, they're also bringing offerings from Incline Cider Company, Tieton Cider Works, and San Juan Seltzer; beverages that are all finding an expanded footprint due to low calories and sugar. 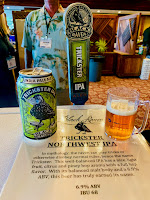 On Tuesday, July 23rd, Real Gastropub hosted the first tapping with a takeover event with beer reps. On Thursday, July 25th, Village Bottle Shop hosted a Founders-specific tapping party with special kegs and plenty of canned offerings to go. Draft, cans, and bottles from all the new breweries can be found at both Real and Village, with the selection expected to expand. Always fun chatting with you Tim!

With huge thanks to Andy Baker of the Odom Corporation and Doug Lamerson, local beer-guru and homebrewer, I was extended an invitation to the inaugural Odom Corporation Hawai'i Product Show at the Honolulu Country Club on Wednesday, July 24th. The reception had selections to sample from each of the new beverage makers, plus heavy pupus. 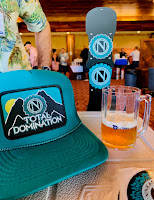 Accompanied by my supportive better half Kristine, we arrived at the beginning of the event and were immediately greeted and welcomed in. The evening had the air of small beer festival, where everyone was interested in the products they were selling or potentially buying. Each brewery had a table with two to four beverage offerings, as well as swag and sale sheets for the initial beers launching in Hawaii. Each was excited to be there and share their product. Almost all of the new breweries displayed the BA Independent Craft Seal, which I was happy to see. Employees of the distributor Odom were also on hand to talk about the company itself. 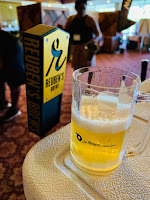 I had a genuinely fun time talking story with the representatives and brewers in attendance. 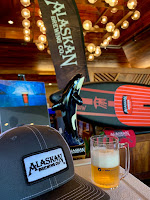 Keep an eye out for new cans and releases throughout the year, seasonals and special releases will be coming along with the rest of each company’s core offerings.

UPDATE: the new distribution area is only the island of Oahu for the first year. 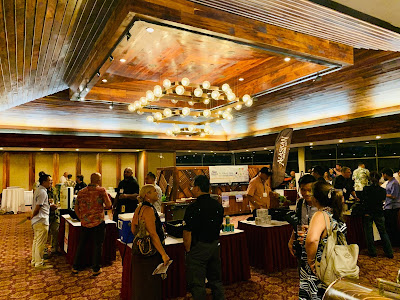 Posted by Alexander at 2:15 PM