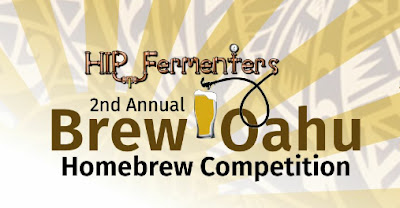 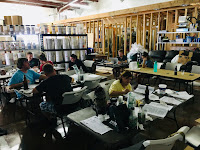 The first weekend in November saw the culmination of months of planning by members of the HIP Fermenters Homebrew Club that meets at Homebrew in Paradise in Kalihi. The second annual competition and festival was held at the store with entries from Oahu, neighbor islands, and the mainland. This year's competition was the first to be BJCP certified, which led to new opportunities for entrants and judges. 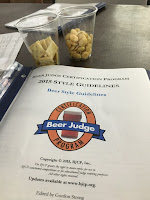 For those of you that follow me or read regularly, you know that I had been taking advantage of the free BJCP judge classes offered this year. Along with half a dozen others, I took the tasting exam last month at Aloha Beer Co., after having passed the online entrance exam. While we're all still waiting for our results, we had a chance to put our new skills to the test at this competition. 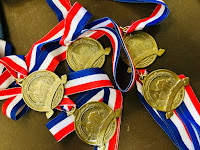 There were two judging days, Thursday November 1st, and Friday November 2nd. We had morning and afternoon sessions dividing the entries by style into flights to be judged individually, with those over a certain score advancing to a best of show round. The judging organization this year was planned by Paul Wheeler, who did an excellent job with time management so no one got too tired or drunk.  For those interested, a beer is judged on certain criteria matched to the BJCP style guidelines. It's not a question of if it's good or bad in the judge's opinion, but how well does it fit a style. There were so many excellent entries, it was a shame to have only had a cup or two! Thursday I did porters & stouts in the morning, then a mixed category including wheat beers in the afternoon. Friday morning I got to do German styles that included Märzen, Schwarzbier, and Altbier.  No single judge gets to rate the beer; instead two or three come up with a consensus average score for the beer after discussion and sometimes deliberation. It was invaluable learning from the pros. 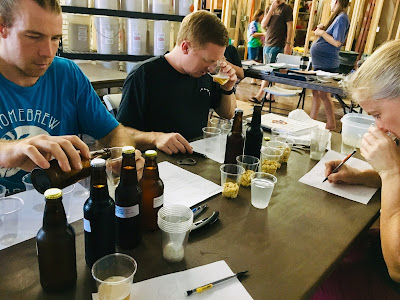 Best of Show was done on Friday afternoon, and I was happy to sit in on that panel as well. This is done differently: instead of filling out a scoresheet with notes, it's a simple flight of all Best of Show beers tasted together. Each judge narrows it down to around three beers, where then the entire panel shares which were best and eventually ranks the top three placers. Our group had one clear winner that we all liked, but second and third required discussion and opinions of each judge. All the winners will/have been posted here. 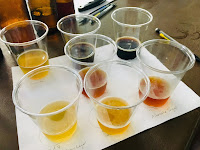 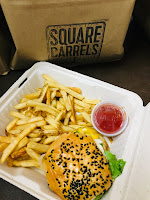 Special thanks to Square Barrels for the burgers & fries on Thursday, and Waikiki Brewing Company for the pizza and BBQ on Friday!

The "hard work" being done, Saturday was a time to enjoy food, beer, and awards. Learn to Homebrew Day is a national celebration of homebrewing. With events all over, it's a great time to learn about the hobby and watch people at their craft. There were demonstrations, leftover homebrew tastings including notes from the judges about each, beer donation by Beer Lab Hawaii, and tons of food contributed by members. Awards were given out including medals sponsored by the American Homebrewers Association and swag also donated by them.

For anyone interested, be sure to check out the above links to get involved in homebrewing, learn to judge beer, or enter the competition next year. 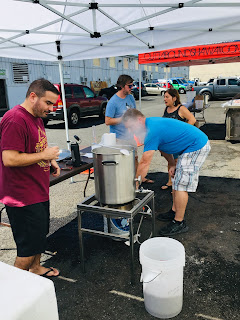