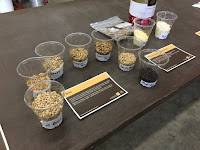 with assistance from Homebrew in Paradise hosted the first Oahu Homebrewing Festival and competition the first weekend of November 2017. The main draw was the beer judging competition, which was open to all homebrewers in the state. Drop off days were organized in the weeks leading up to the festival, with the majority of entrants arriving fresh. With almost 90 distinct beers, ciders, and meads, the judges had their work cut out for them! 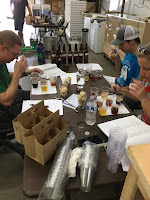 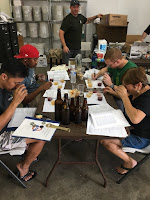 All day Friday November 3rd, around a dozen Certified Cicerones, BJCP Certified, and brewery industry judges came together to crack open the beers, offer thoughtful feedback, and rate them.  It was a long and fun day for everyone involved, starting at 9am and going through to after 6pm. Despite the time and heat of Kalihi, the beers were ready for the awards!  I personally enjoyed hearing the insights from Joe Lorenzen of Waikiki Brewing Company and Cindy Goldstein from HOPS Homebrewing Club. 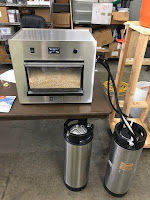 On Saturday, the day of the festival, the top nine beers and six ciders/meads were each taste-tasted for the Best of Show category to be announced that afternoon. 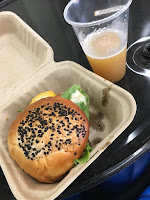 The festival itself had a great turnout of club members, entrants, beer enthusiasts, and curious drop-ins. Food was generously provided by club members as well as fresh hamburgers with a twist from Square Barrels' owner Thomas Ray.

Head-brewer Euler of BeerLab Hawaii also donated a number of fresh crowlers for tasting, see the links below.  Tastings were flowing all afternoon, with the leftover submissions offering the perfect variety of beer. 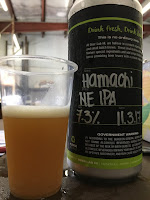 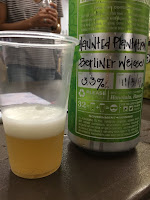 Club members had a number of different homebrewing systems set up and brewing; the smell was the best part!

Awards were conferred around 2pm, with the festival winding down afterward.  For those curious of the winners, the complete list can be found here.

I hope the popularity of this event grows; here's looking to next year!

Posted by Alexander at 1:46 PM No comments: