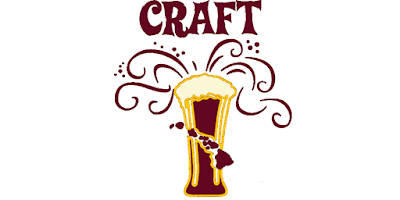 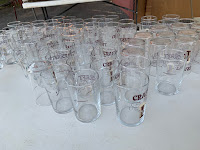 Just a few short years ago on Oahu there was only a sporadic festival, and even then they featured a lot of mainland offerings as the state simply didn’t support that many breweries. Flash forward to this month and the (hopefully) first annual CRAFT Beer Festival. Essentially a celebration of Hawaii-brewed beer and local adjunct ingredients, this beer festival truly stood out.

CRAFT was planned and 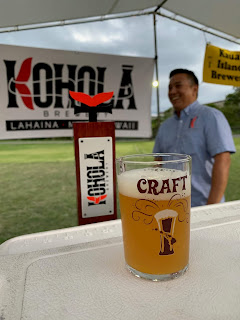 implemented primarily by Cindy Goldstein of the Hawaiian Craft Brewers Guild, an organization of breweries in Hawaii that meet a number of requirements including being certified Independent and brewing 100% of their offerings in the islands. With the advent of big beer taking over more and more breweries each day, it’s important to highlight the amazing things our local breweries are doing with the added hurdles of geographic isolation and shipping costs. HCBG seeks to educate local beer drinkers and encourage more people to “drink local.” 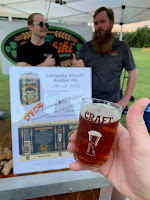 CRAFT was held Saturday, February 23, 2019 at the Bernice Pauahi Bishop Museum in Honolulu. Their great lawn was the perfect open-air setting and was further aided by perfect weather including just the right amount of clouds to block a hot sun, but no rain. An army of volunteers aided in set up, helping the participating breweries to their tents and tapping kegs. Each brewery brought two to four selections, with many bringing free swag and information about their products. Non-beer highlights were a selection of free Maui Brewing sodas, Ola Brew’s kiawe bean producer bringing two types of fresh kiawa brownies, and stickers, hats, and other giveaways. 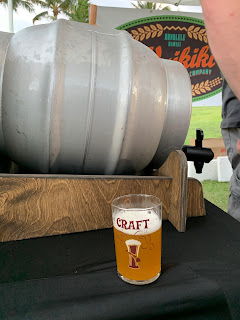 The $55 entry fee included ten tasters in the included commemorative beerglass that featured the fest’s logo designed by Vince Gallo. The glass was larger and despite having a fill line, most breweries filled it to the brim. Even the ten tasting tickets ended up being largely ignored by the pourers; people were just enjoying sharing their beer with people that appreciated it. Many breweries brought limited kegs and Waikiki even brought a gravity keg variant of their Skinny Jeans IPA with fresh whole cone Mosaic hops added. There ended up being more new beers to Oahu that I realized, and I personally missed a few I was hoping to try! Inu Island Ales and Lanikai Brewing Co. each used the festival to debut new beers, which are now available 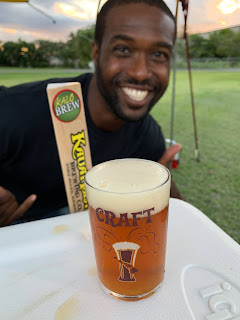 The highlight for me beyond the beer was the ability to talk story with the brewers themselves. Each brewery had representatives who knew about the beer, the work that went into it, and the breweries themselves. Most other beer fests seem to cater to the get drunk quick crowd and there’s no one around to ask questions and be proud of their product. This different dynamic was also easy to see in the makeup of the crowd: people were happy to be drinking local beer, and were friendly. I’ve never seen so many people I’ve known personally at a single beer event. Here’s hoping for an annual gathering! 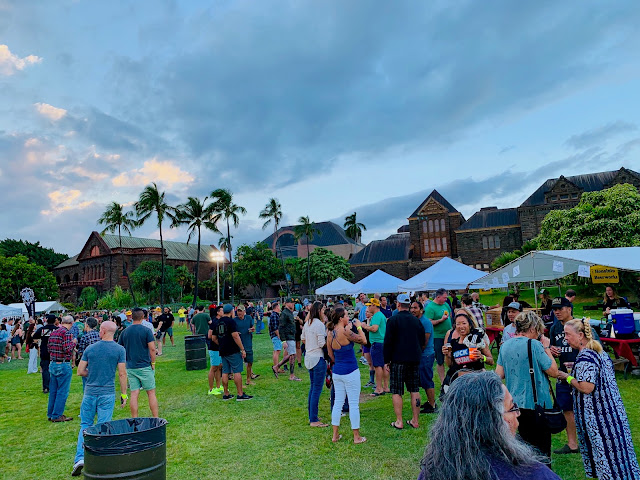