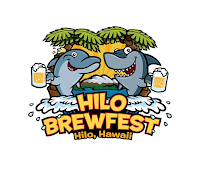 The seventh annual Hilo Brewfest was held on June 29th, 2019 at the Wainaku Center along the coast. The festival started as the Hilo Rotary Club’s fundraiser, 100% of ticket sales still go to local charities each year. Beer and food are donated to the event. A VIP hour offered additional food and beer selections as well as an AC room throughout the entire event. It was a nice sized crowd, never being overwhelming like some other festivals with minimal lines for any given brewery. It rained on and off throughout the festival, which was pleasant on an otherwise hot and humid day. I personally enjoyed meeting new people in person for the first time and seeing so many friends!

While the festival was the end of a long weekend, the Hilo Homebrew Competition took up most of our time. The Thursday and Friday before the festival, around a dozen BJCP Judges met at the forthcoming The Temple Craft Beer & Wine Bar. The owner Ian provided us the space and time needed to judge. The competition was planned and organized by Bob Culnan, who did an excellent job of managing time and the entries. We did three flights, two on Thursday and one on Friday morning, with Best of Show completed after lunch Friday. Five beers made it to the final round with a Double IPA taking the gold. There were many excellent entries this year, results can be found HERE and were also announced at the festival. 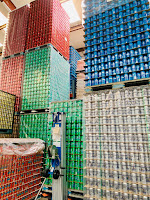 Besides the competition, I also finally visited Mehana and Hawaii-Nui Breweries. These two old staples are rebranding under new ownership into the forthcoming Hilo Brewing & Beverage. The bartender Kim gave us a short tour of the facility and talked about all the beers. (It was also great running into him at the festival!) I enjoyed seeing the new can art, which will be hitting shelves in the next few months. I tried all weekend to meet the new brewer Sebastian Bach, but eventually ran into him at the festival as well! One highlight was getting to try the Pineapples Gold Ale that’s only available at Pineapples Restaurant in Hilo and brewed by Hilo Brewing (Mehana); it was refreshing with the pineapple wedge.

Banyan Drive with the Queen Liliuokalani Gardens and Coconut Island was my favorite non-beer activity for the weekend, and I was thankful I had time for two morning runs around the area. Each Banyan Tree was planted by someone famous over the years so each has a plaque with the name. Coconut Island offered a panoramic view of the area, Hilo Town, and Mauna Kea in the distance. The Grand Naniloa Hotel was also nearby with Hula Hulas Bar & Grill inside offering great food choices and local beer. Friday they had an Ola Brew Tap Takeover in conjunction with the festival; I loved trying three new beers from them and snagging a new hat! It was a great weekend of beer, family, and friends; I hope to attend this festival again in the future!

It was wonderful seeing everyone, there's too many people to mention by name. The beer community is a small group and it's a great excuse to island hop for a few days!