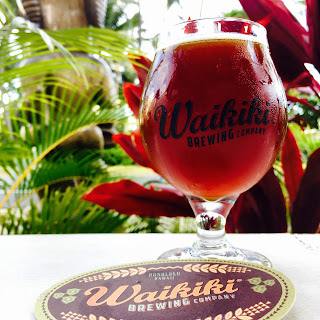 It's been a pretty dry week for new brews in the Aloha State. I had been looking forward, however, to Waikiki Brewing Company's Barrel Aged Pele's Breath, which released Friday night.  It's an imperial red ale brewed with house kiawe smoked malt and local chilis. It's aged four months in Buffalo Trace / Manulele Distillers Kohana Rum barrels.

[Manulele is the only hard liquor distillery on O'ahu; they are a self-sufficient farm for sugarcane, lettuce, and talapia. It's worth it to take their tour!] 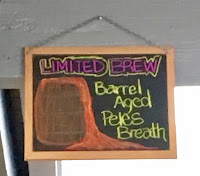 The beer is very limited with only six barrels produced: two at Waikiki Brewing Company, two at their new Kaka'ako location, one at Village Bottle Shop, and one at Murphy's Bar; once it's gone, it's gone. It's served not super cold

Posted by Alexander at 9:40 PM