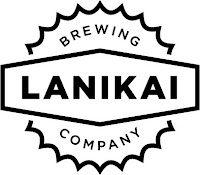 Just a few short years ago, Kailua got its first locally made beer in the form of Lanikai Brewing Company. Their beer is quality stuff and quickly made its way around the island, both on tap, and a few year-round bottle selections.  Limited brews appear in both bottles and countless small batch varieties on tap only in their small taproom.  With great excitement, Lanikai announced the opening of their second location right down the street. A dedicated bar and tasting room, Lanikai Brewing Company now has the space to serve a larger amount of customers at a time, which is also perfect to make everyone feel more comfortable.

The new location is literally just a few hundred feet from the brewery along Hamakua Drive. Parking is limited, but they do have several dedicated stalls as well as being a short walk from the shopping center lot. Kailua is also filled with bikes and easily walkable. 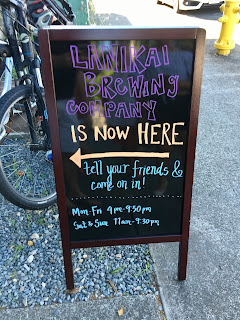 It's an awesome start and there's lots of potential here.  On entry, you'll see nice light walls and lots of seating space. All the wood is koa and was done by a local artisan. It's a gorgeous surface on which to drink. The tables are large and would be perfect for board games. They have high top tables, a bar, and booths. They have a very well done half-barrel shelving swag shop with all the t-shirts, hats, growlers, and glasses.

The main reason you're here is for the beer! Lanikai offers a large rotating selection of beers including beers from other breweries. For their opening weekend, they offered four new beers on top of their three main ones (Moku Imperial IPA, Pillbox Porter, and Route 70 Saison).  The menu was done digitally, which made it easy to read.  They have a new supply of glasses, with different ones for the various sizes. They're all delicate and a huge step up from plastic tasters.  If you like to try new beers, it's best to get a sample size. You can order up to four 4oz tasters at a time. Each beer is a different price depending on rarity and ABV.  I love the physical bar itself also, hard wood with unfinished glass racks. 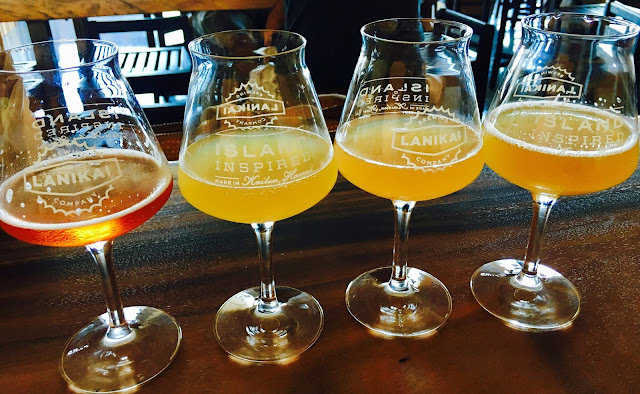 All in all, this is a fantastic expansion of Lanikai Brewing Company. There's only better to come. If you enjoy their beer, be sure to stop by soon and support the new place! 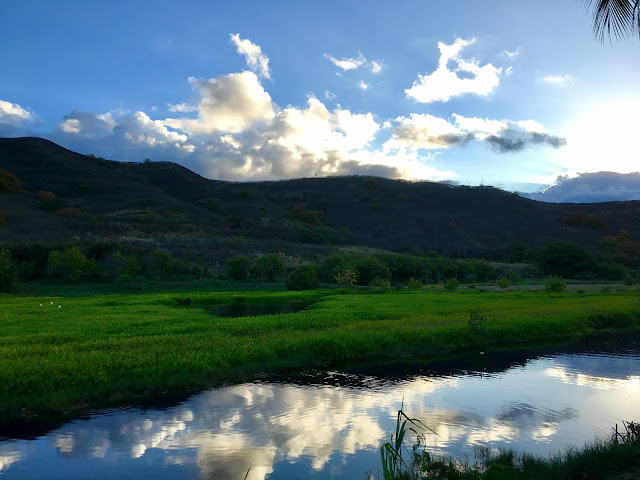